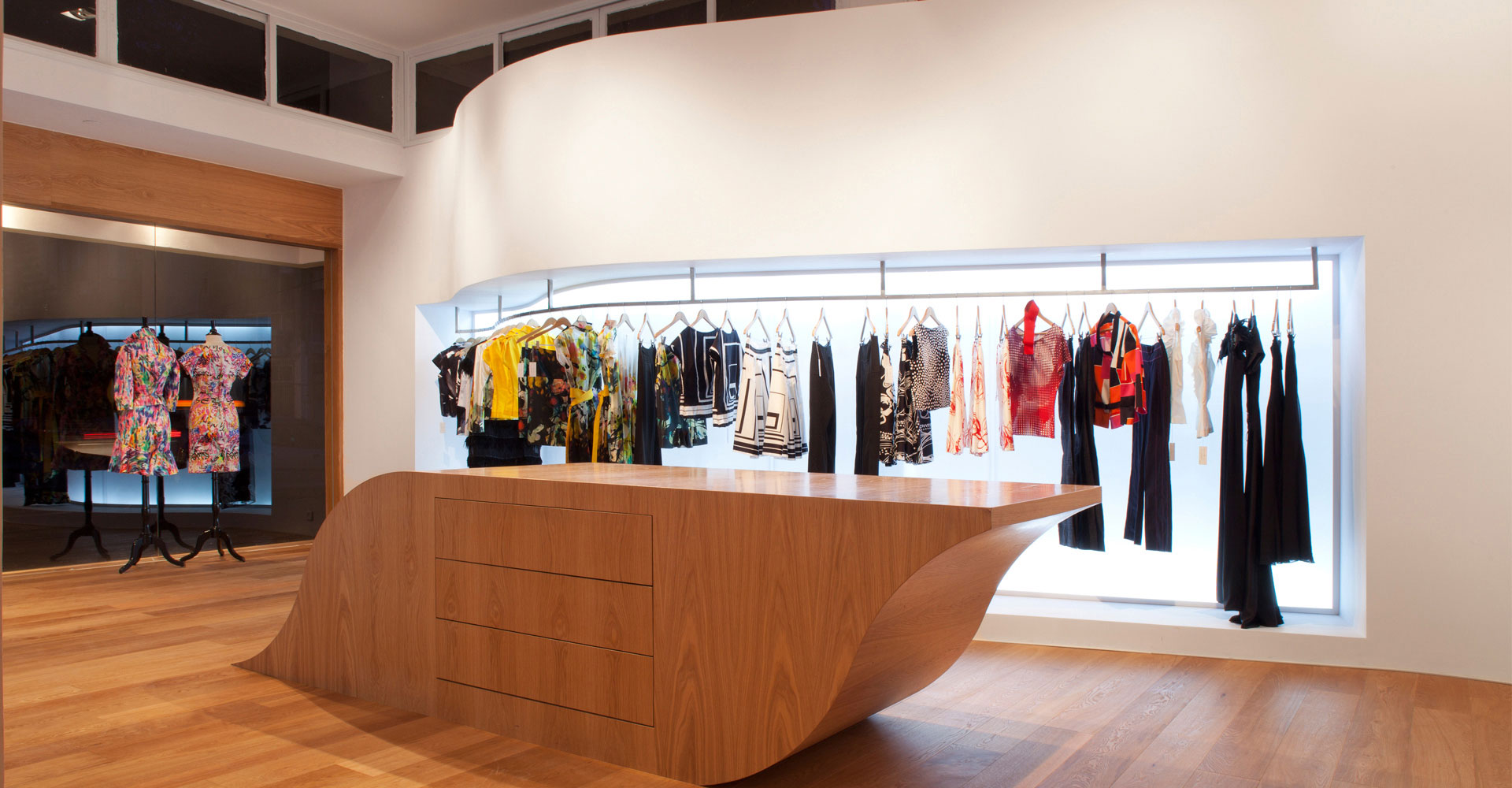 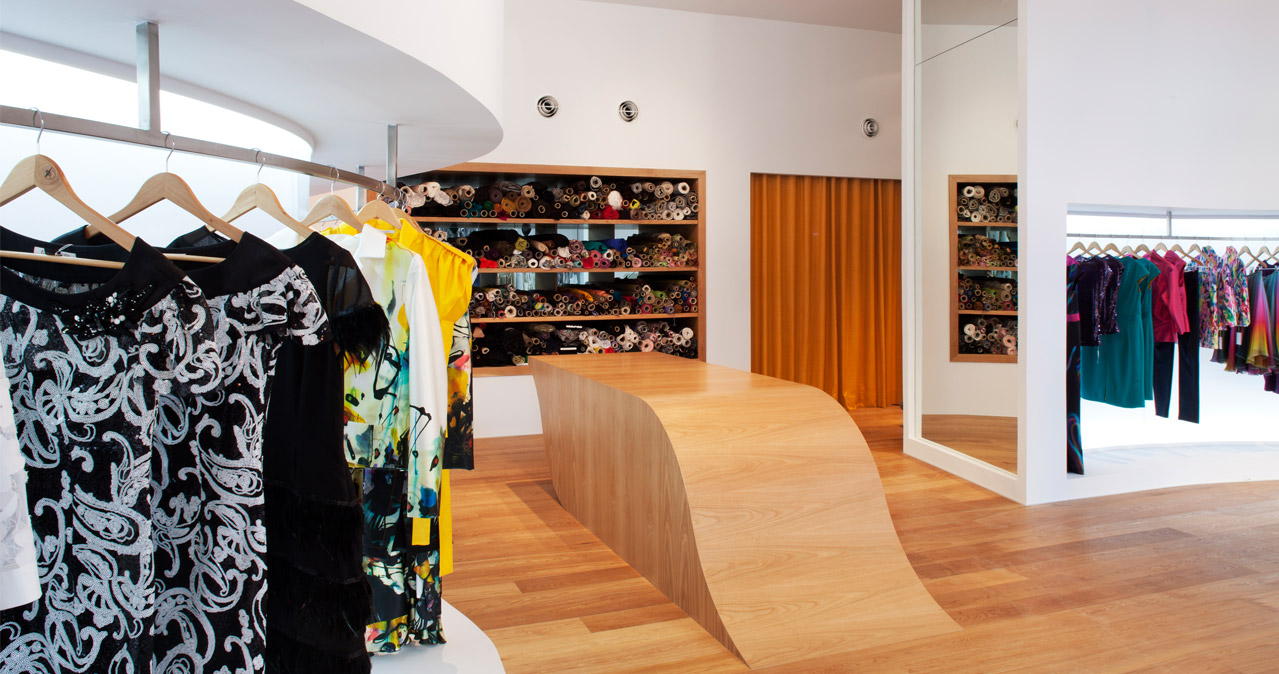 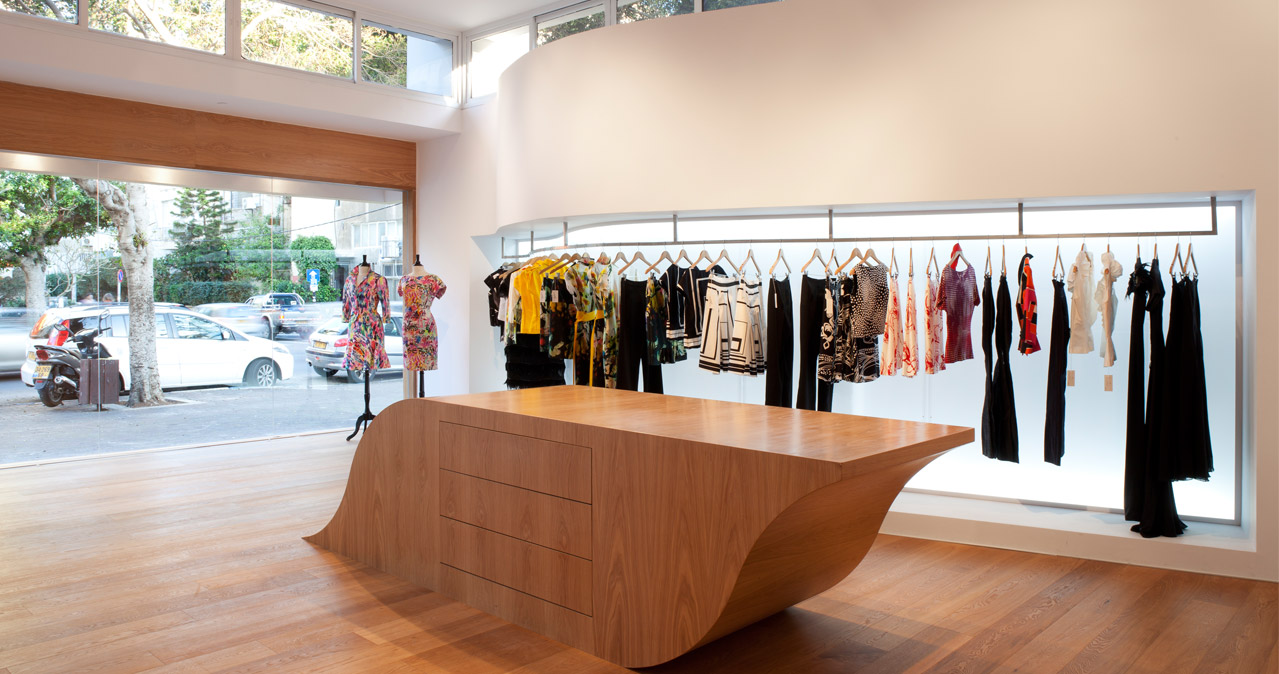 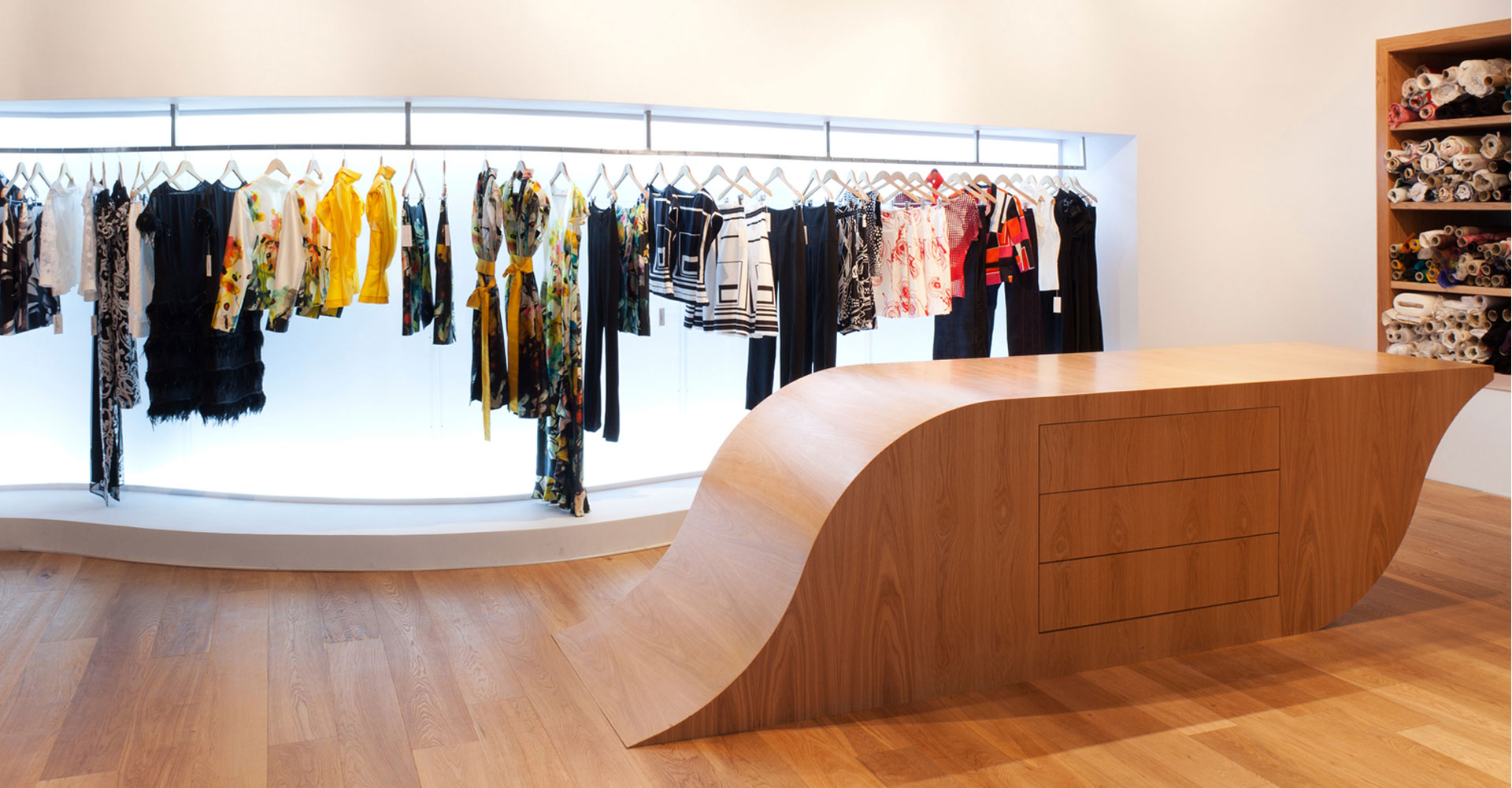 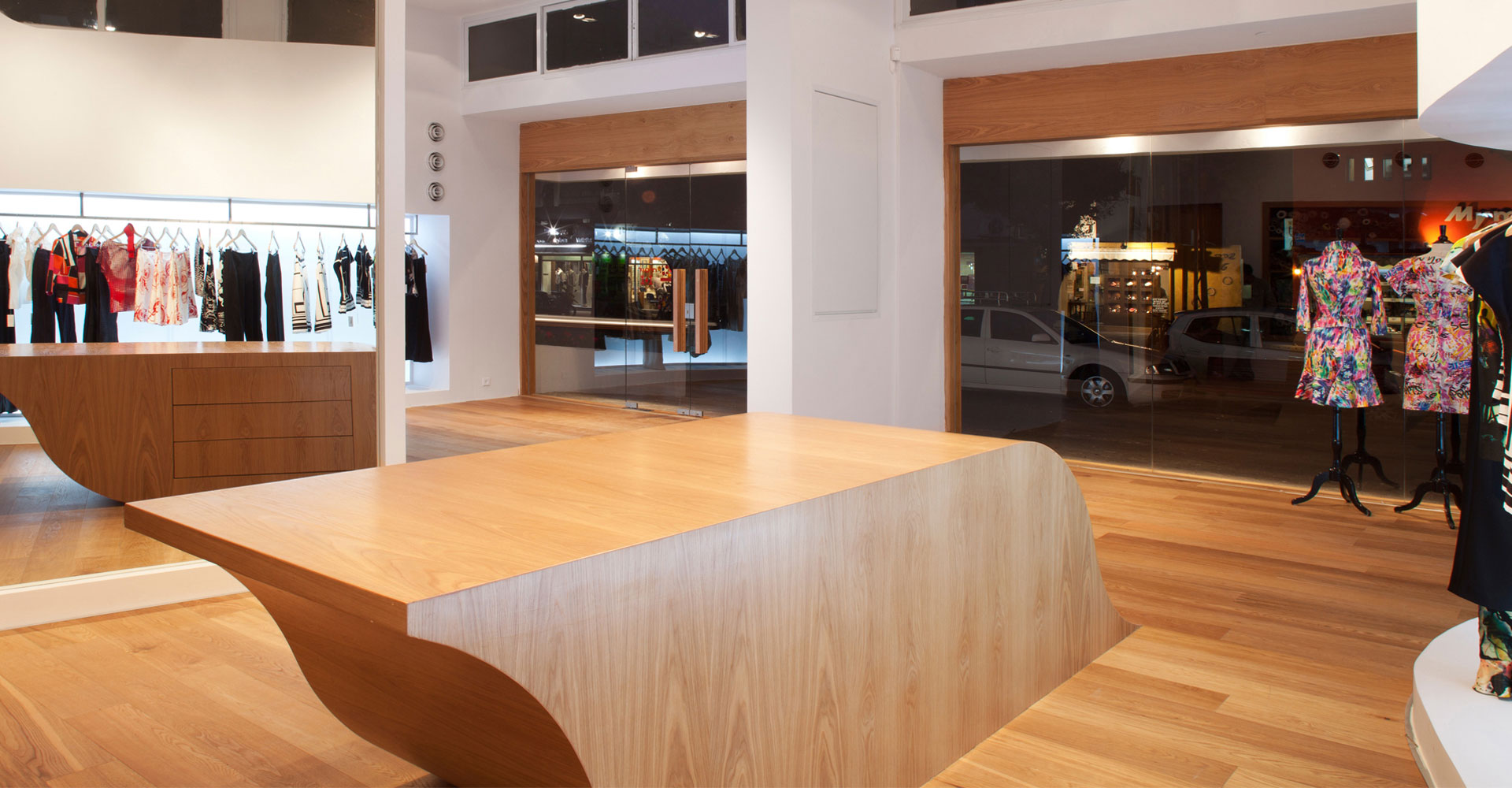 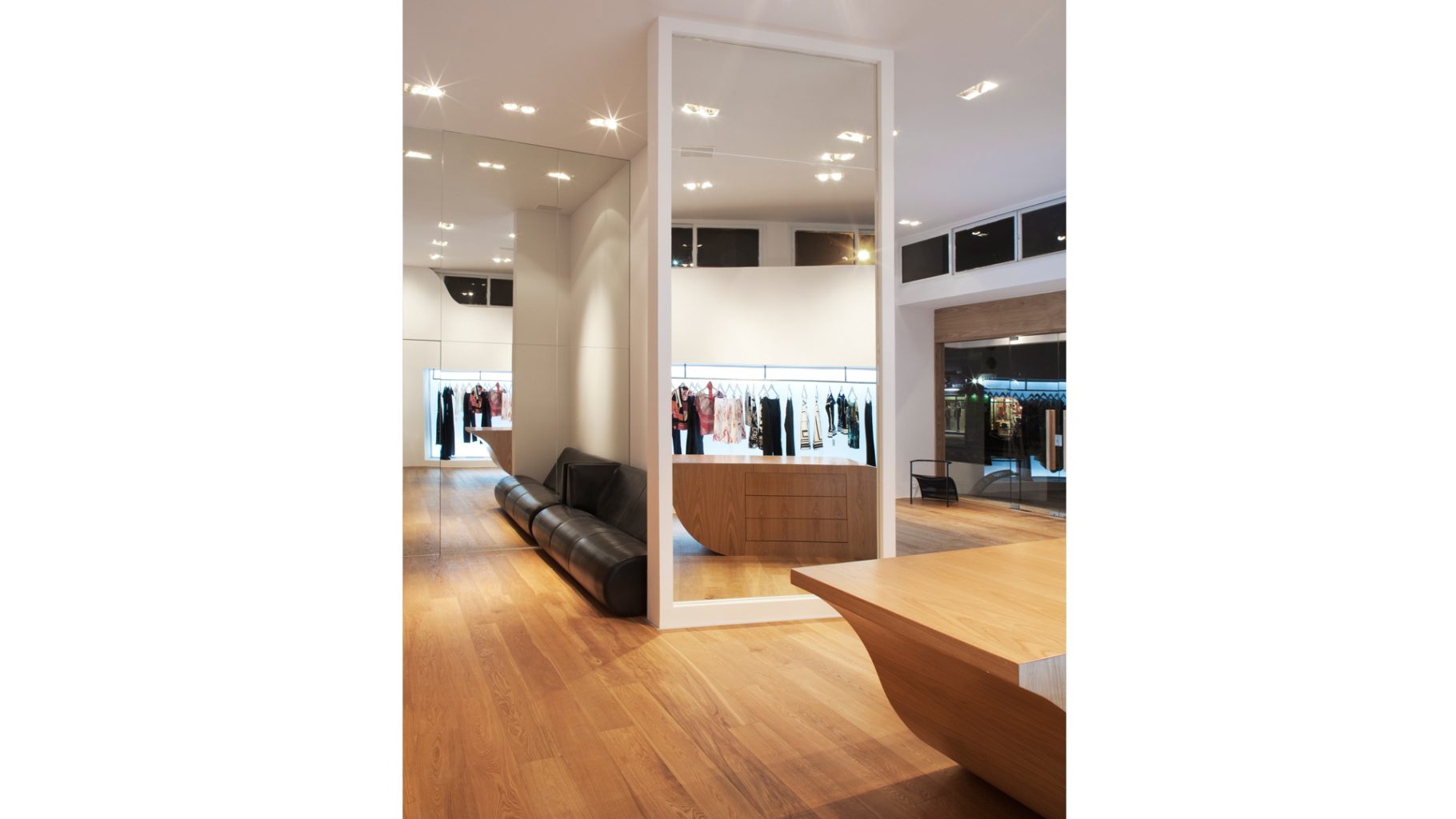 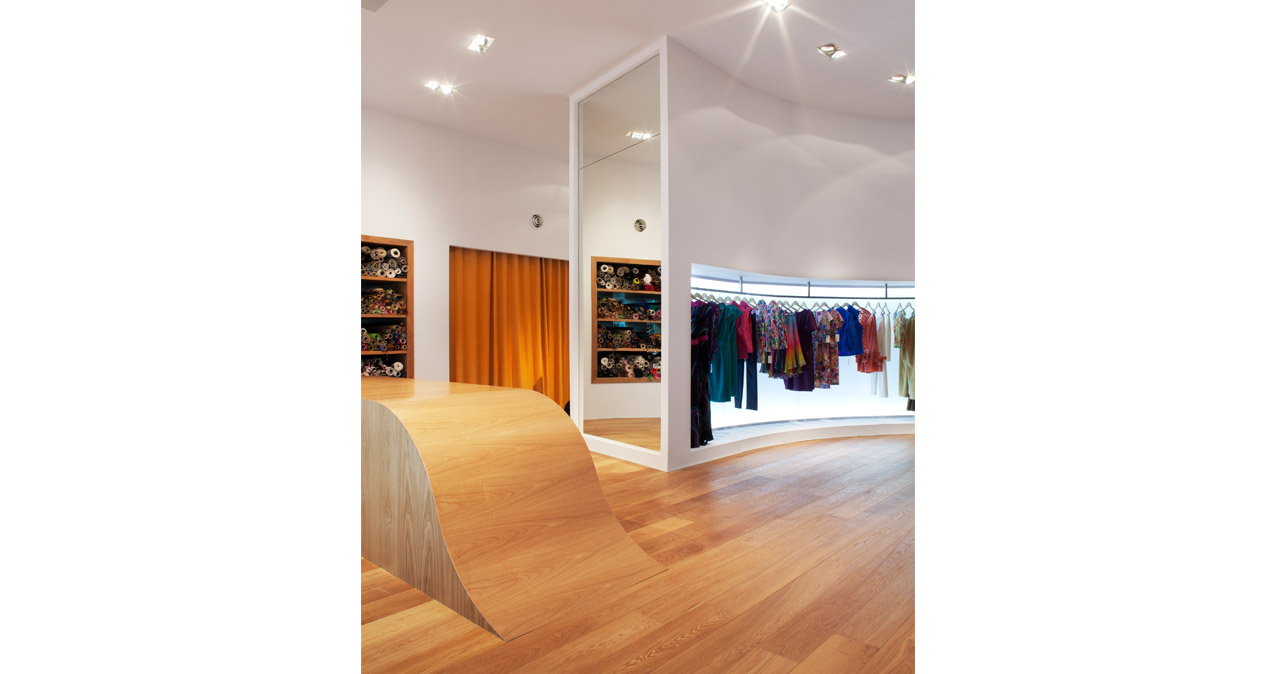 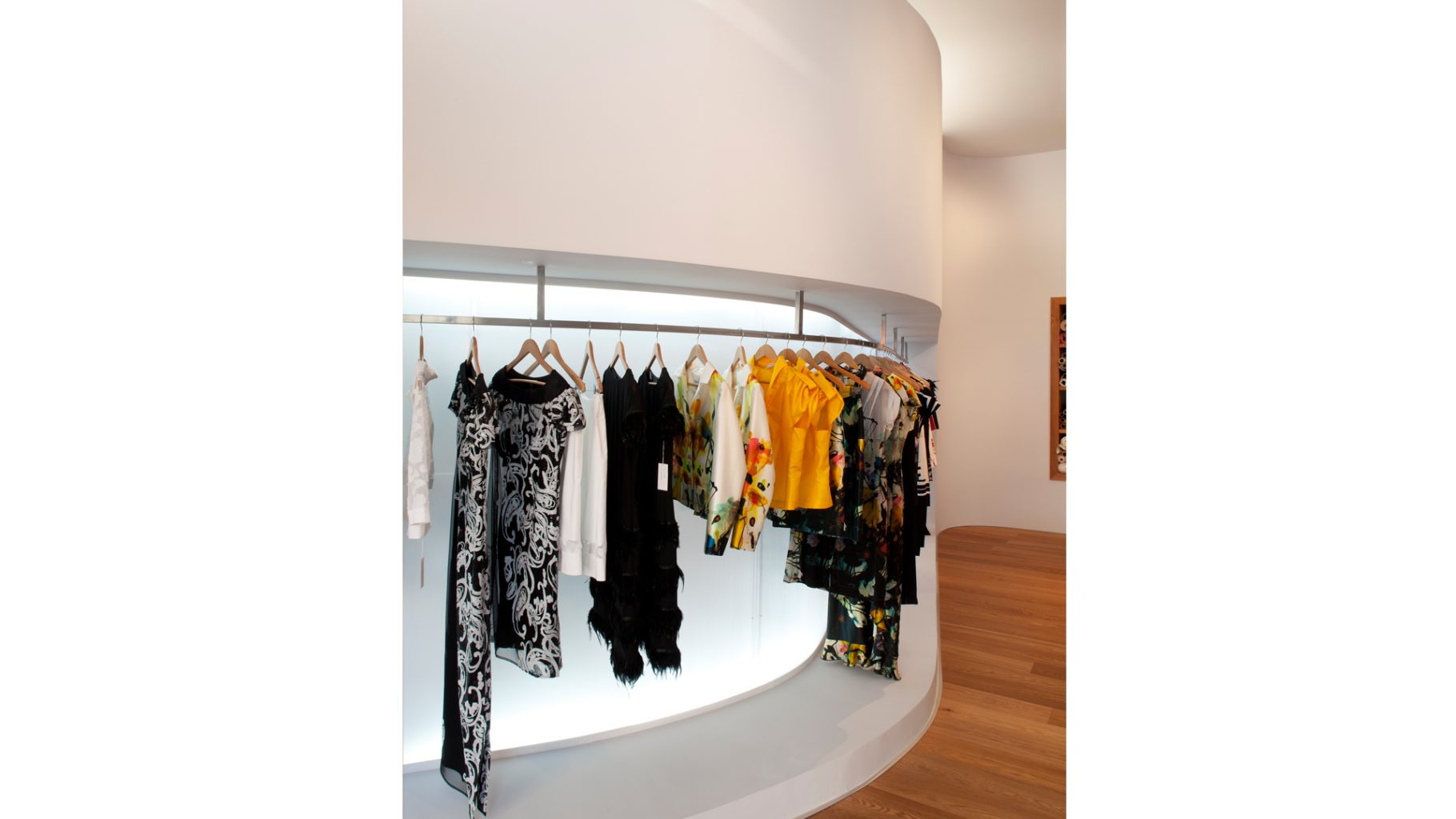 An area that includes a store, a workshop and a studio designed for the haute couture Elian Stoleru, as a perfect canvas for the display of the items characterized by rich textures and bright colorfulness.

The design concept embodied in sculptural and intriguing space, received by blurring the lines between floor-object-wall-ceiling. The building process was made as artwork – designed walls of plaster and iron construction, lighting wall, and oak veneer counter that “runs” to the floor made from the same wood as a hardwood floor, and more.

A fabrics wall that integrates within the space is an element that was important to Elian, since it consists as a barrier that allows a connection between the central space and the work areas. The wall was dominant in the previous store as well, and as a part in the new design it received an updated interpretation.